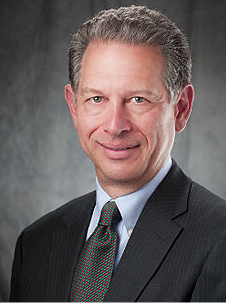 With over thirty three (33) years as a practicing attorney Barton L. Slavin, Esq. leads a staff and network of experienced attorneys that meets both corporate and personal legal needs.

Recent awards and settlements include $2,300,000 for a construction worker who fell into an excavation, $600,000 for a pedestrian struck by a car and $200,000 for a Nursing Home patient who was injured while under the care of the nursing home.

Barton Slavin obtained a $1,800,000 jury verdict in the first of the stray voltage cases brought against Consolidated Edison when there were a flood of cases in approximately 1998. Read a reproduction of the front page of the NY Law Journal article here.

Since his admission to the Bar, Mr. Slavin has handled many complex injury claims have involved bicycle accidents, wrongful death, motor vehicle accidents, construction accidents, paraplegia, significant limb and spinal injuries and industrial accidents. He has argued Labor Law 240(1) and other negligence cases in the Appellate Divisions of the New York Courts.

Justices of the Supreme Court have appointed him to serve as a Court Evaluator in Mental Hygiene Law proceedings. He has also received appointments to serve as a Guardian Ad Litem for infants and incompetents in Estate and Guardianship proceedings as well as serving as a Referee in Foreclosure Sales proceedings.

His non-legal activities include his involvement as an Assistant Scout Master with the Boy Scouts and a Supporter of the Girl Scouts. He enjoys camping and long distance bicycling. He provides free legal advice to the cycling community of New York having been a supporter of Transportation Alternatives for over twenty years. He is a Life Member of The League of American Wheelmen. His wife Amy was an original founder of the 5 Boro Bike Tour.

Mr. Slavin is dedicated to providing the highest level of legal representation to all clients. 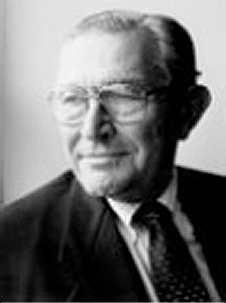 Hon. Joseph Slavin J.D., and L.L.M. Estate Planning (NYU), is retired from the Supreme Court, Kings County after 20 years of service. He is a graduate of The Bronx High School of Science. He served in Patton’s Army during World War 2.

Prior to his service on the Bench, he was a Partner in his firm which represented banks, buyers and sellers in real estate and commercial transactions, a Title Company and others in commercial litigation. He also concentrated in Election Law, served as the Chairman of the Board of the Menorah Nursing Home in Brooklyn and served as a volunteer for many other organizations.

Have a question? Call us now

Available on the weekends

Need support? Drop us an email

Get A FREE Consultation

Every victim, every injury, every long term consequence of these injuries are different.
You must speak with an Attorney before any Attorney – Client Relationship is formed.
No attorney-client relationship is established until a retainer has been signed.

Slavin & Slavin, Esqs, publishes this website as a service to our clients and other friends for informational purposes only. It is NOT to be used as a substitute for specific legal advice or opinions, and the transmission of this information does not create an attorney-client relationship between sender and receiver. Internet subscribers and online readers should NOT act upon this information without seeking professional counsel. Attorney Advertising. Prior results do not guarantee a similar outcome.
All Rights Reserved | Copyright © 2017 Slavin & Slavin Attorneys at Law